After posting the previous comment for you, I realised I hadn't commented on a reply you left for me on your blog in October. I intend keeping it shorter as I am running out of time and will filming about four hours after posting this. Because I wanted to share some photos, I needed to create another post. Two for one class in a day is probably a record.

Thanksgiving isn’t celebrated in Australia. Rather than free settlers, the first Europeans sent to Australia were convicts and guards from England. They arrived in 1788. Bringing northern hemisphere ideas to the southern hemisphere and not having farmers meant early attempts at crops failed. People were at first starving as rations were short. A spring planting in England might be March but planting in March here is autumn (fall). One of my ancestors arrived as a convict aboard the second fleet in 1789. Life was starting to get easier but I don’t think the convicts felt like giving thanks for being so far from home.

Do you know if Ayers Rock HAS iron in it? We would LOVE to know!

Ayers Rock is sandstone but the redness is iron oxide (rust). The area around Uluru is often known as The Red Centre. You can see the contrasting colours of red soil and blue sky in some of my photos. 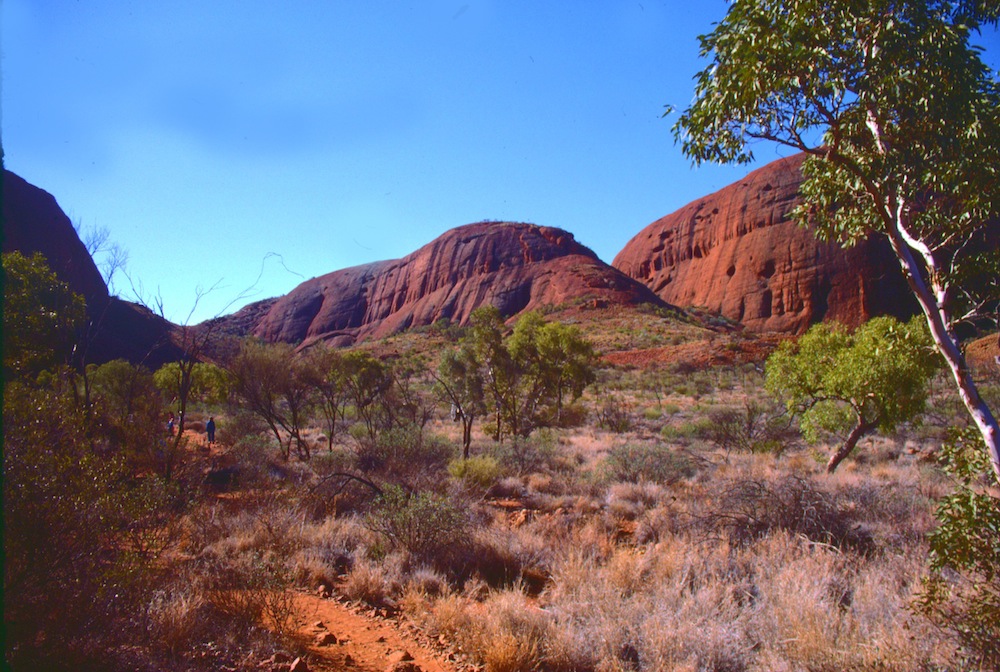 The lace monitor is even taller than Mrs. Renton is!

You'll find information about monitor lizards in today's earlier post for you at...

More On Australia, The Outback and Its Animals

We wondered if the kangaroos on the golf course were playing golf.

The kangaroos on the golf course aren’t interested in golf unless a ball hits them but birds have been known to swoop down and take balls. The kangaroos like the green grass and lying in the sun.

Do you have pictures of Sapphire? 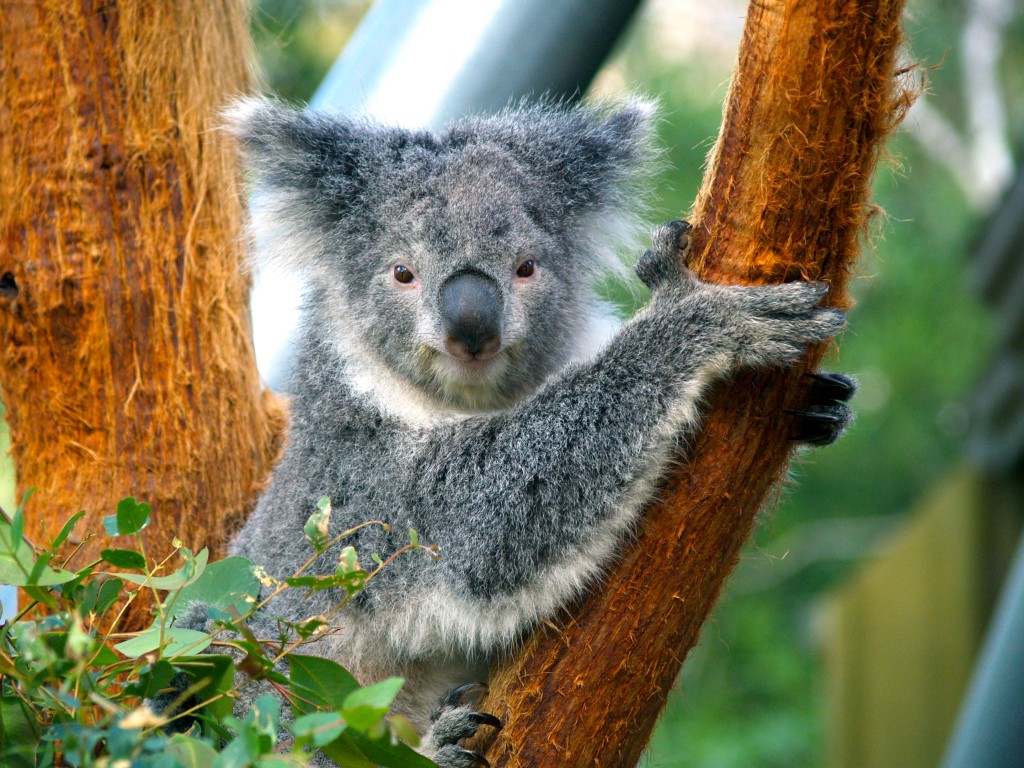 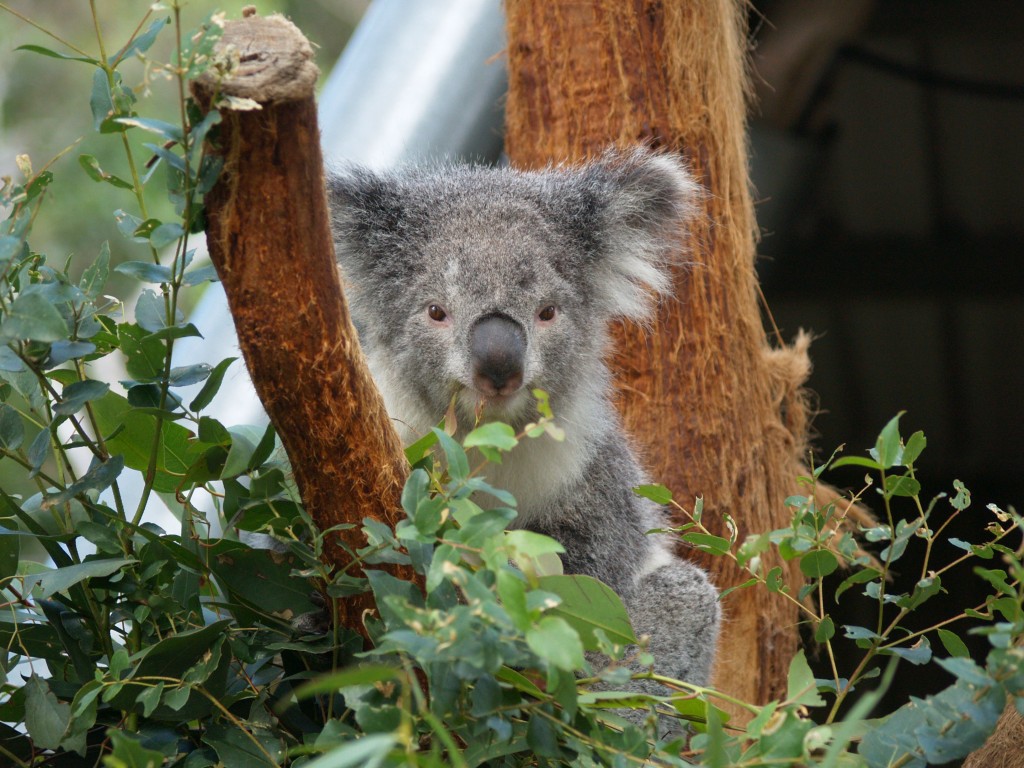 It makes us wonder if you have ever been bitten by a snake.

I have seen many poisonous snakes including a couple on the playground of two of my schools. They were both red-bellied black snakes and would rather escape than try to bite someone.

I did once stand on the tail of a brown snake hiding under a branch. I saw it move and stepped back to let it escape. They can be aggressive but the branch it was under prevented it from seeing me. I have also seen another aggressive snake, the tiger snake, on a track in front of me so I walked around it. When hiking, I wear heavy steel capped boots and try to walk where I can see the ground as an extra precaution. Walking in thick, long grass in warmer months isn't a good idea.

I find snakes better left alone in the wild but I have held some pythons in animal parks over the years. They are cool to the touch and very interesting. Many people are surprised they aren’t slimy. 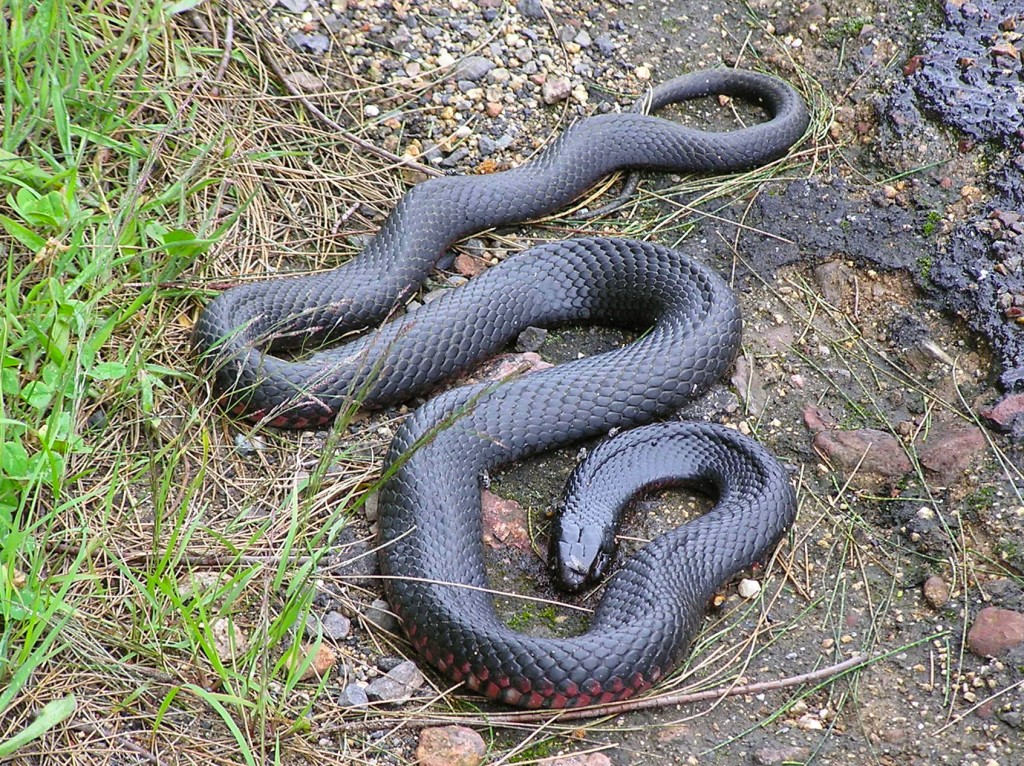 We wondered if “fortnight” was a week, or overnight.