One student was interested in my scouting background. In order to be able to share photos and extra comments, this post has been set up for Leila. 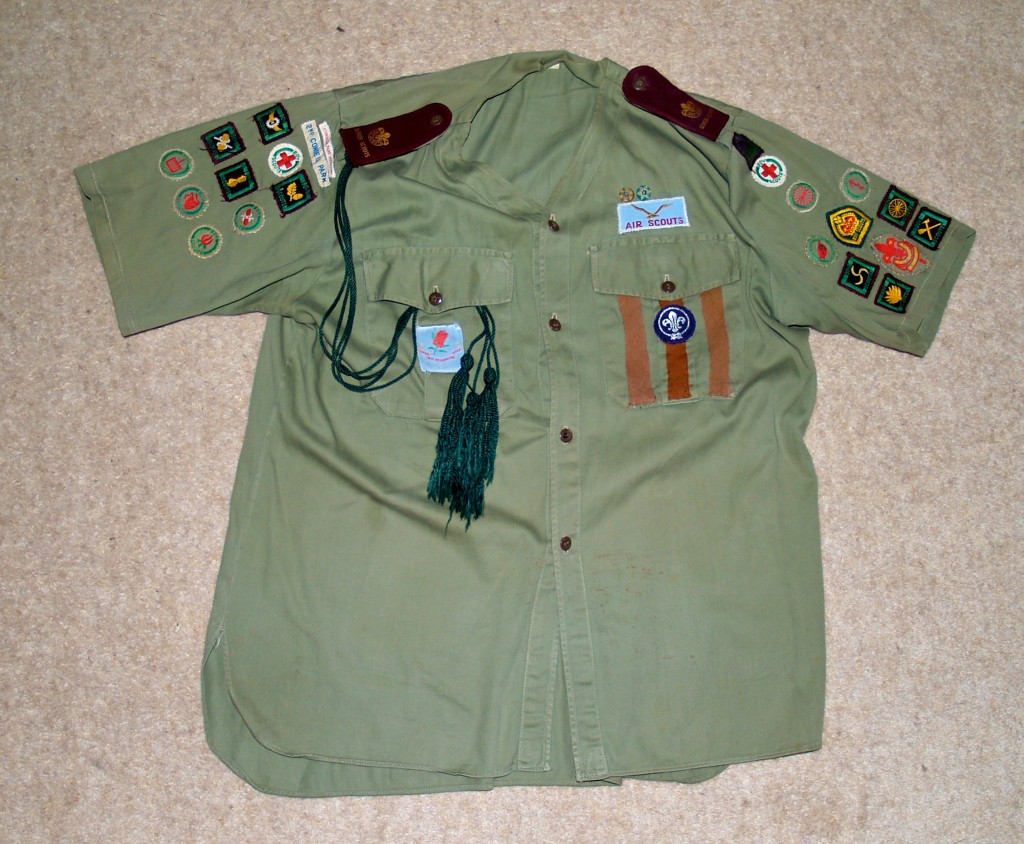 This was my old Senior Scout uniform I wore in my later teens. It is now over 40 years old. It is a little bit of a cheat as it has Scout and Senior Scout badges attached. Rather than lose badges I added both to the uniform when I left Scouts. The round brown badges are Scout badges whereas the square badges and round white badge belong to Seniors. Here's a little explanation of what you see...

The Scout Green Cord from the Senior Scout shoulder epaulet to the pocket was the highest award for Scouts but not in scouting.

The three stripes on the left pocket shows my rank was Troop Leader. As we often didn't have an adult leader, I would find myself running meetings as though I was leader. I had two Patrol Leaders (two stripes), two Seconds (one stripe) and about 8 seniors scouts in my troop.

Above the left pocket is an "Air Scouts" badge. My troop was officially an Air Scout senior group. In early years, we had pilot leaders who would instruct scouts in aeronautics as a lead up to flying but by my time, we kept the title but no longer had pilots as leaders.

One badge on the left shoulder bears a crown ( a closeup photo is below). This was the highest Senior Scout award and still exists for Venture Scouts (the newer title for Senior Scouts). It's title depends on the current sovereign of Britain. As Queen Elizabeth II is the current ruler of the United Kingdom (and officially the ruler of Australia), it is know as the Queen's Scout Award. When a king takes the throne, it will be known as the King's Scout Award. The badge was personally presented to me and other Seniors in a special ceremony held at our state's Government House. The then Governor of New South Wales presented it to me. It is equivalent to the American Eagle Scout and is the only badge a scout can earn and still wear if they become a scout leader. 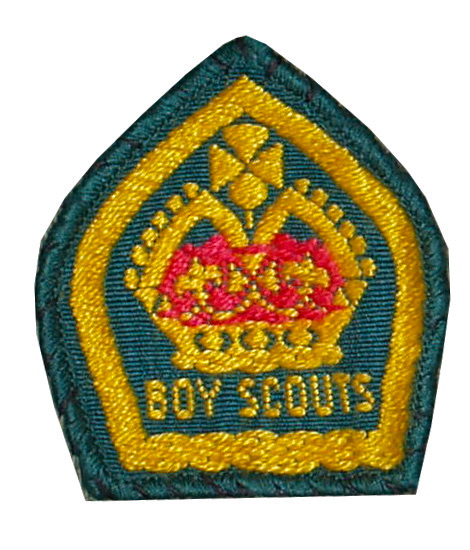