To see the original posts, click on the links below...

What a stunning experience "Wildlife Experience" has given you. Being able to handle some wonderful creatures and learn about more dangerous ones is fun.

The rose-haired tarantula looks very interesting. I smiled when I read its name, Ocho. What a wonderful idea to call a spider Eight for its eight legs. The Spanish word, ocho, sounds much better sounds so much better than the English, eight.

I have read the tarantula is the biggest species of spiders in the world. We don’t have native tarantulas in Australia but we do have some large spiders, one a little like a tarantula.

In Australia, we have the funnel web spider. This is not a safe spider to handle because its bite can be deadly. I don’t find them that common and have only seen one in the wild once, in fact in a Sydney school where I taught.

The Principal had asked me to identify it. When I went to pick it up, she told me not to do so. I explained it was dead but she felt it might be pretending. So the Principal felt happy, I placed it in a plastic container. I felt safe for, you see, ants had been inside its abdomen and the spider was little more than its exoskeleton. 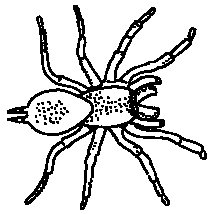 Sketch of an Australian funnel web.

We do have a very similar spider to this one. We call it the red-backed spider. Like the black widow, it can make you very sick or even cause death if you are bitten. I have see a number of them in the wild.

I think the black widow is like our red-back, the females are notorious for eating the smaller males after mating. I can see why your spider is called a black widow. 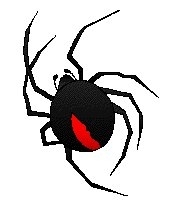 You can see how similar our red-backed spider is the the black widow.

We have s similar spider known as the huntsman spider. I’ve sometimes found them running along the walls in my house. I catch them and release them into the garden. Even at school if I was called to remove a spider from a classroom, I preferred to catch and release them. Would I release a funnel web? No, I would donate it to a zoo. Here is a video about the huntsman...

Did you know people “milk” spiders for their venom? They have a pipette (thin glass eye dropper). By annoying a spider, the venom is released onto the fangs. The attendant sucks up the venom into the pipette. The venom can be used to create anti-venene.  Anti-venene is injected into a person who has been bitten. It helps them recover from a bite.

The study of spiders is known as arachnology.

This is a beautiful snake. I like its defensive adaptation. Pretending to be a more dangerous creature can keep predators away.

Wikipedia has a reference to animal mimicry…

Snakes in My Area

While there are many non-poisonous snakes in Australia, we also have some very dangerous snakes. First let’s look at snakes I have seen when hiking…

This snake can be aggressive if threatened and is best left alone. When I saw one it was by accident. I had stepped on a branch and saw movement. I could see the branch had come down on the tail of a brown snake. It didn’t see me so I backed off and let it slither away.

A bite would have been serious. This is why I use heavy metal-capped boots and avoid areas where grass or plants are too long to see underneath. Had I been bitten, I would have needed to be given anti-venene as soon as possible.

The man in the video clip is a very experienced snake handler. I would never try to pick up a wild snake, especially a brown.

This one is also aggressive if threatened, poisonous and best left alone. I was walking along a trail when I saw one sunning itself. We looked at each other as I made my way around it at a safe distance.

I have often seen these poisonous snakes. They are not aggressive and try to keep out of your way unless you threaten them. Even though they aren’t aggressive, they are best left alone.

They are my favourite poisonous snake because, amongst other things like frogs, they like to eat young brown and tiger snakes. They help keep the more dangerous snake numbers down.

Some Other Australian Snakes I've Photographed

This is Olivia the olive python. She is non-poisonous and lives at an animal sanctuary called {Potoroo Palace). The lady holding her is Alexandra, one of the people who volunteer to help at Potoroo Palace. 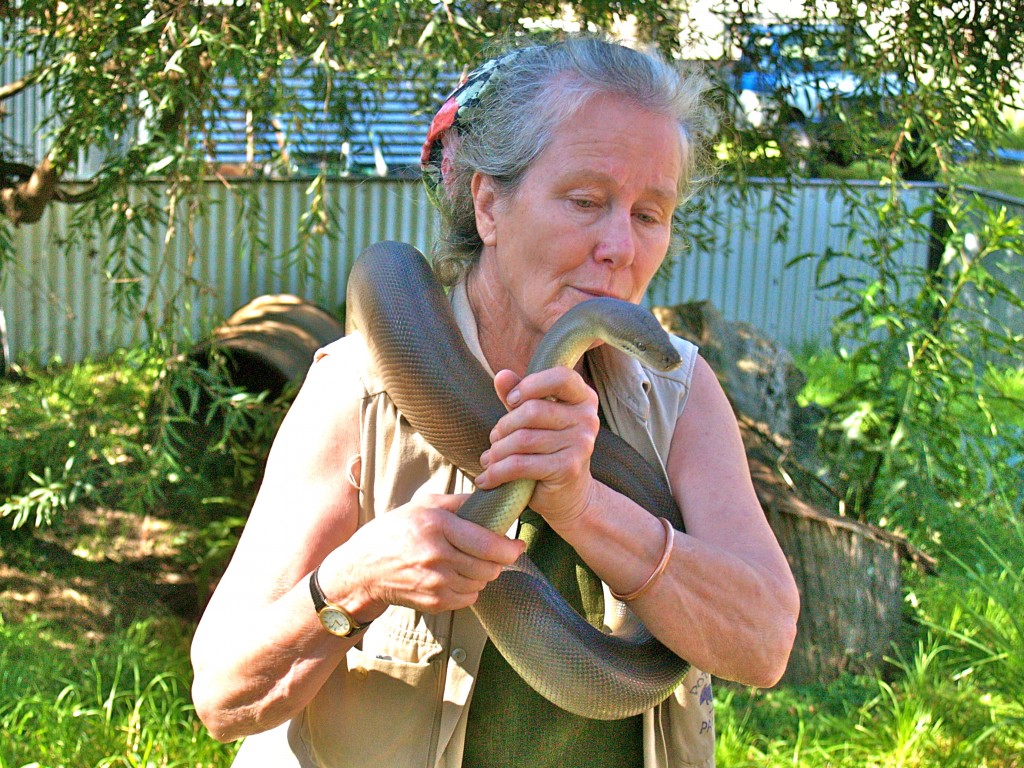 Another Potoroo Palace resident is the black-headed python. Python bites don’t tend to be poisonous. They coil their prey in the bodies. As their prey breathes out, they squeeze a little harder. In the end the prey suffocates. 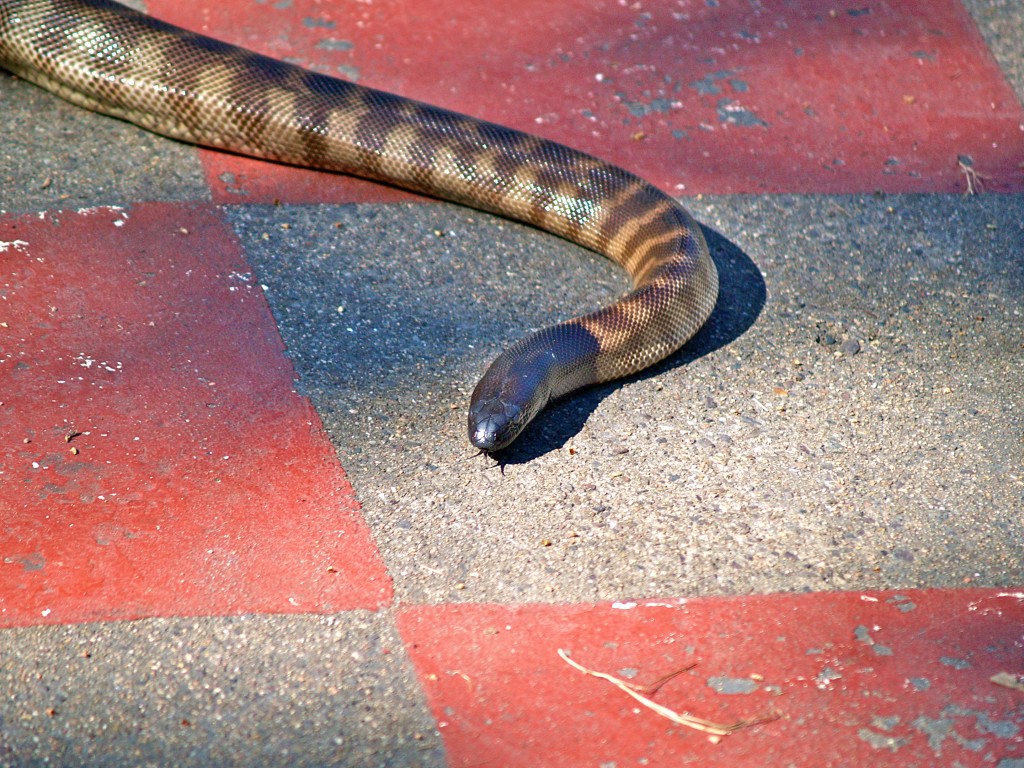 Snakes can be so interesting. The study of snakes is known as herpetology. Like spiders, the poisonous snakes are “milked” for their venom to create anti-venene.

Thank you for sharing such interesting information about the Wildlife Experience visit. As well as many other things, I enjoy seeing and learning about animals but always remember to respect them in the wild by seeing and photographing but never trying to touch them.