To see "Don’t Let the Bear Drive the Model T!" from Mrs. Moore and the 4th Grade Techie Kids, click the title below...

What an amazing book you have written. I can see the bear was really keen to drive the Model T but he wasn't allowed. I think you left us wondering what the next adventure might be in the bear's future. Would it be called, "Don't Let the Bear Fly the Helicopter?"

Your story had me thinking of the first car on the old family dairy farm when my mother was a girl. They didn't have a Model T, they had a Whippet. Just by chance, a nearby town had a car and truck show for charity recently. As I wandered around adding to my photo collection, I found a Whippet amongst the collection. Here is the photo. 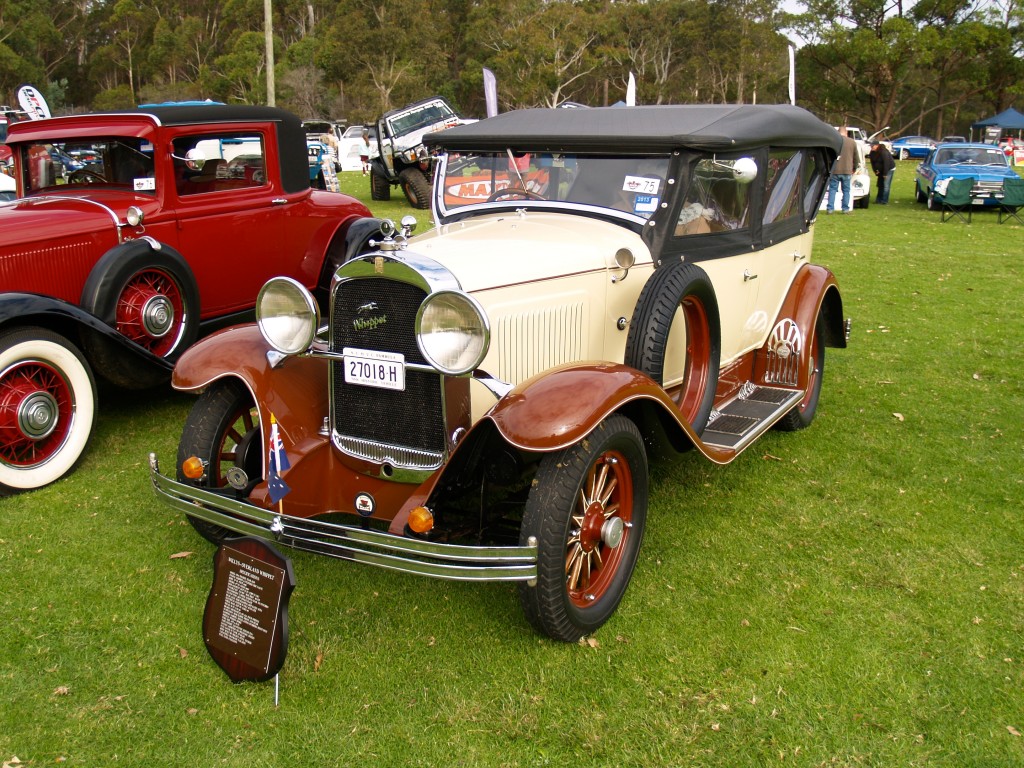 Reading your story, I wondered what would happen in a story entitled, "Don't Let the Cow Drive the Whippet!"

I think I'll take the challenge with a short story with a little rhyme. Here goes....

Farmer Arthur was a special guy,

He was my grandad you see,

But of his stories, there was just one,

It was of Daisy, the brilliant cow

And a car called Whippet as well.

One day when heading off to town,

He’d left the cow a warning.

“Now don’t be bad while I am gone,

I’ll be back in the morning.”

But Daisy was a naughty cow,

She sneaked the keys and took the car

Now if this was a simple spin,

But she forgot there was a spy,

And the spy dog wasn’t nappin’.

Daisy took for her gang of five,

The others knew to fear.

They were the dreaded Udder Gang,

They’d been a scourge all year.

Daisy sat behind the wheel,

With Belle who sat beside.

And in the back were Milk and Cream,

There’s no room left inside.

But of the gang there was a fifth,

And she’d not be one left out.

So on the roof she took her place,

They had their spin round country roads,

Before heading back to farm.

They parked the car and all got out,

They thought they’d done no harm.

The morning dawned and Arthur came,

Their fear now grew as they watched on,

For Arthur was their way walkin'.

“What have you done, you silly cows?”

They knew he was quite mad.

But Daisy smiled her innocent smile,

For Daisy was so convincing.

“I know you did it you naughty girl.”

Her sadness turned to wincing.

While dog had told, that was not all,

For Arthur saw his Whippet.

With milk on floor and hooves on roof,

Her naughty jaunt that day.

But as she spoke her hooves were crossed,

Daisy gathered her gang to have a chat,

“The next time we go a driving,

We’ll take the dog and clean the car.”

The Udders were so conniving.

Click on the drawing to open another window and hear the poem read. 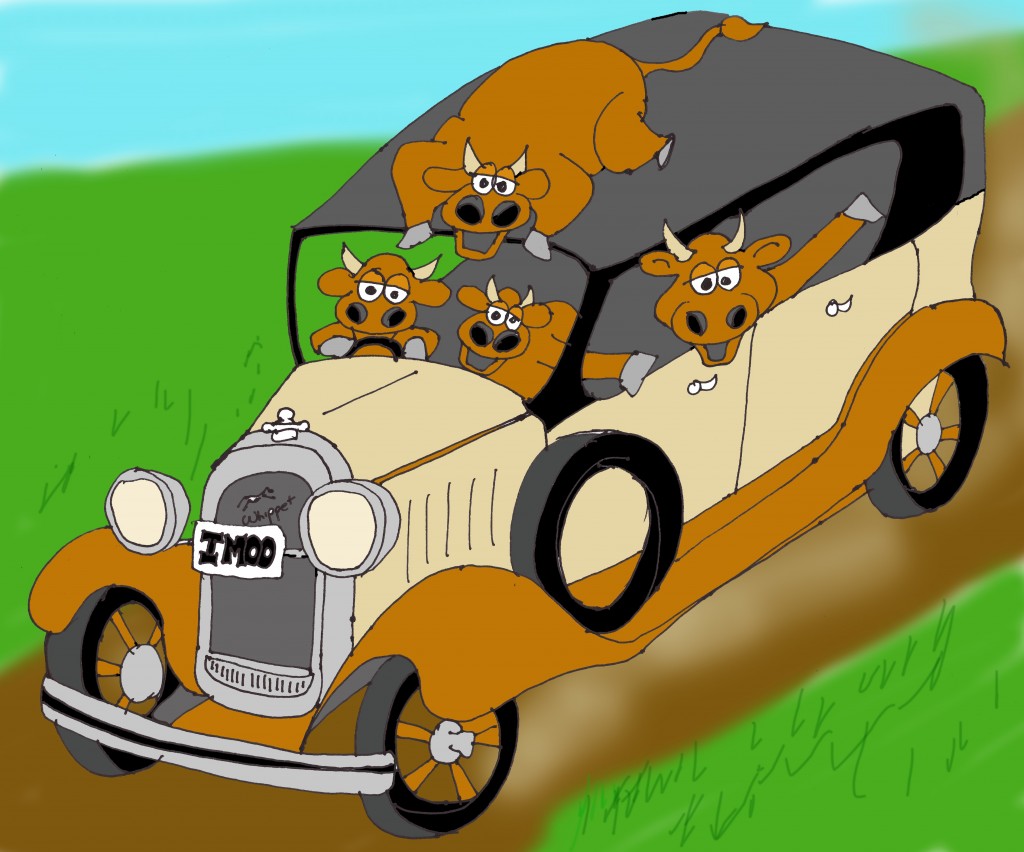 Schools and students have permission to use this graphic and poem for non-commercial, educational purposes.