Making the World a Better Place

One slight correction, I have only scanned between two and three thousand photos and negatives so far. I’ve owned digital cameras for about ten years. Because it costs virtually nothing to take digital photos, most in my collection are digital. With many negatives and slides still to be scanned, I will probably be preparing another two or thee thousand photos.

How long did it take?

I hadn’t really thought about the time taken to scan and process negatives, photos and slides so I ran a little test. I scanned a set of 34 negatives with a stop watch keeping time. They took 58 minutes from start to processing and adding to iPhotos. That is an average of about 1 minute 40 seconds per photo (100 seconds).

You know I like working with numbers so I next worked out the time 1,000 negatives would take. It would take 100,000 seconds. That is about 1,667 minutes or about 27 hours 45 minutes. Of course I don’t scan these all at once as there are other things to do in the day so a 1000 scans would be done over about one week.

Here are two photos from the timed scans. While the quality isn’t as high as modern digital photography, they brought back memories of a weekend I organised for children from my school to visit an old gold mining town named Hill End. The first shows the town and the second a place known as The Golden Gully where people digging and panning for gold were the cause of large amounts of erosion. 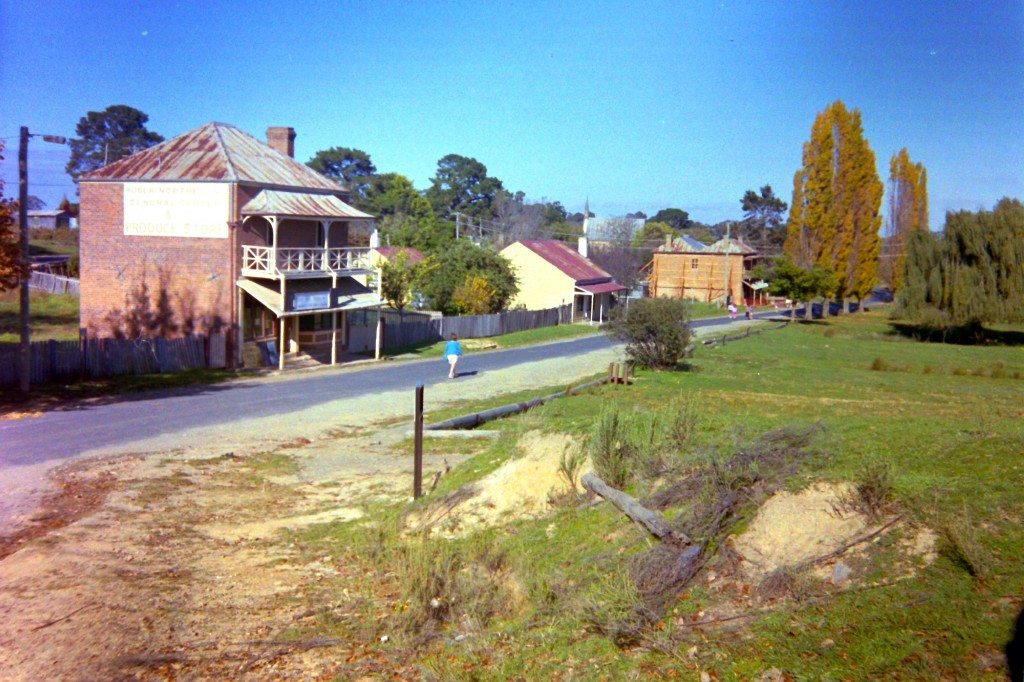 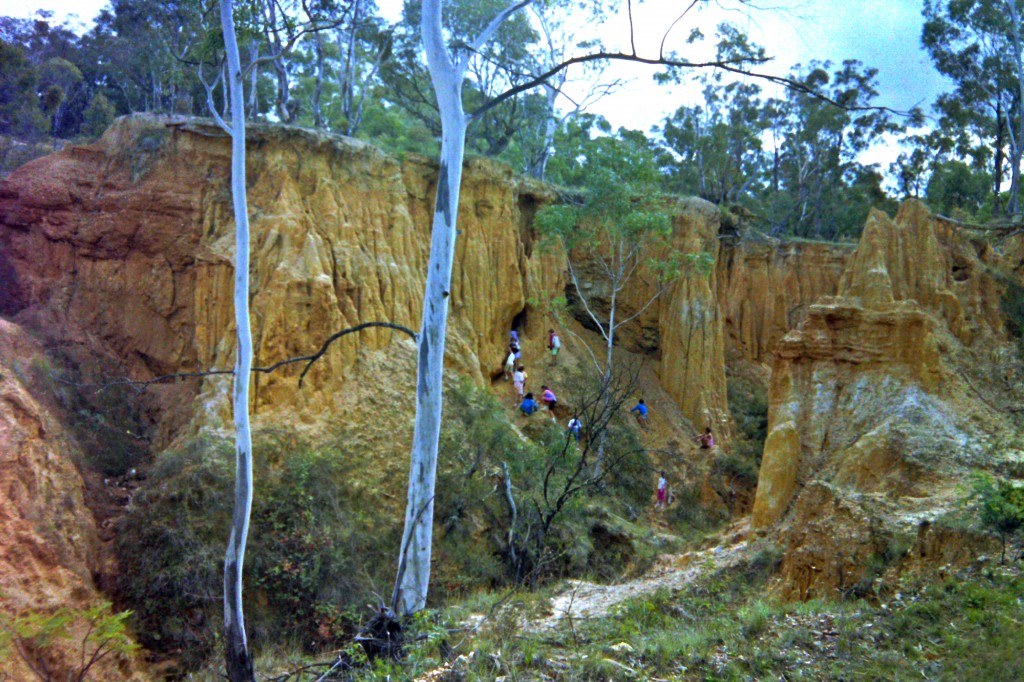 I love the idea one of you has a speeding ticket as a memory of being a baby. I have nothing so unusual, only photos. 🙂

It’s very true, family history connects us with the past and if we could go back far enough we would find every person in the world is a distant relative. You would probably have seen this before but in July, 2012 I wrote a post about Genealogy (family history). In it I showed the numbers of relatives would be impossible unless we were all connected through time. Here is the link…

We're All One Big Family

Our memories can be like  a movie from the past as we remember our experiences but the movie has sometimes big parts missing.

My first memory goes back to when I was about two. I can remember walking out of our laundry, falling over and crying but I couldn’t remember at the time the doctors found I had a slight problem with my legs and I had to wear a brace to correct it. My patellas (kneecaps) needed repositioning.

The next memory is of being three. I was sitting on our large dining room table. My mother had been cutting beans but had to get something from the kitchen. I wanted to help so I picked up the sharp knife and cut my thumb. I still have the scar.

The time in between these two memories was blank but photos can fill in some gaps. When scanning a recent batch of photos I found this one taken of my mother, older brother and me during the in between time… 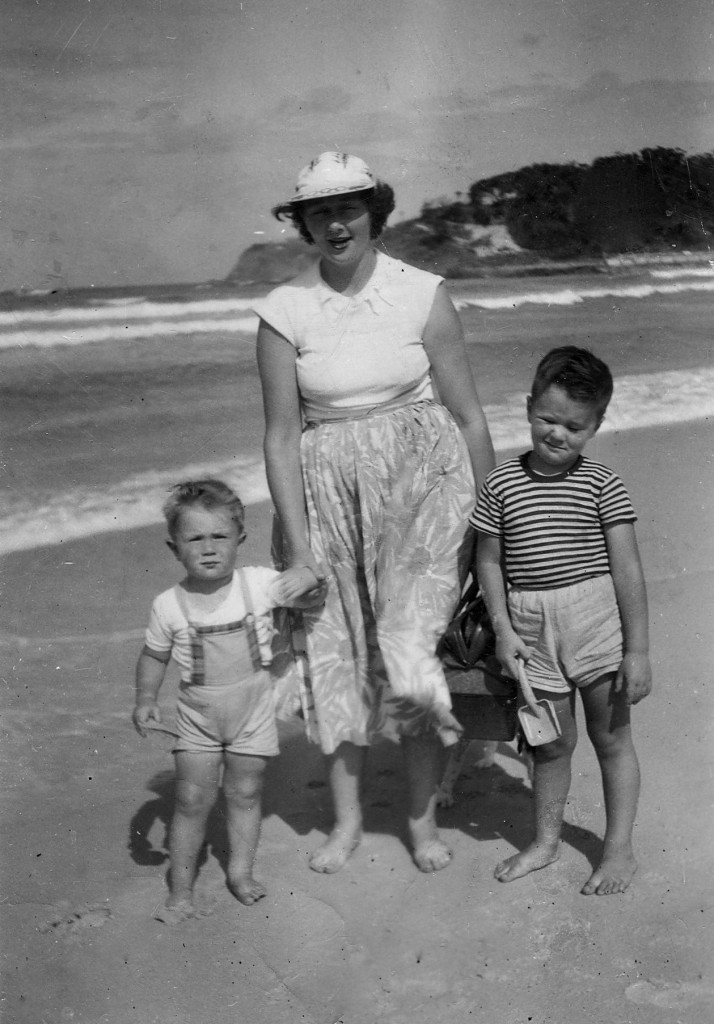 This photo is not to be used without written permission.

Can you see it shows me what we looked like back then, how we dressed and what we were doing? Without the photo, I wouldn’t have any memory of that day in 1957 but one more section of my life movie has been added. 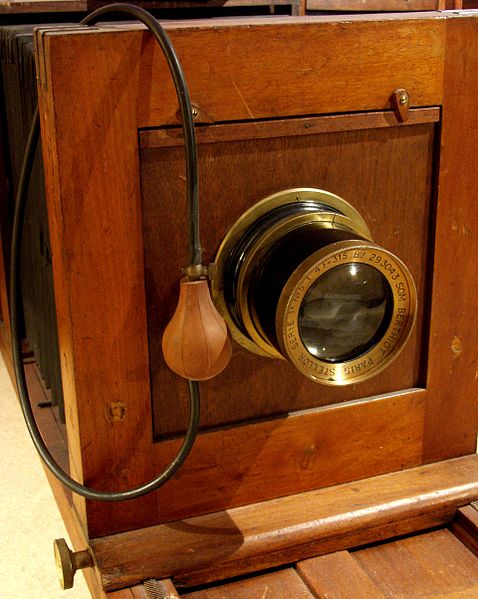 This image is of the Ipswich Photo Society in Queensland, Australia and was taken in the early 1900s. 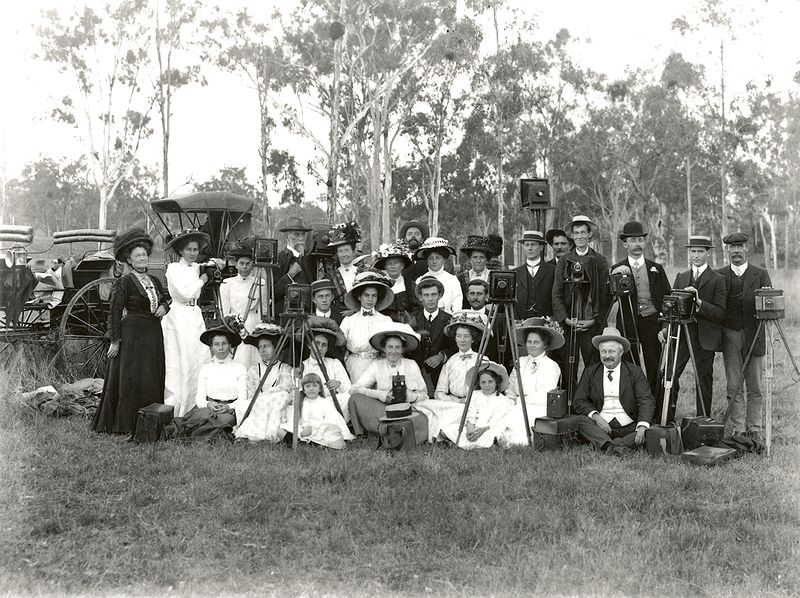 This image is in the public domain.

Making change doesn’t only mean working out what coins to give someone when they buy, the money itself can change over time. I can see why Mrs. Renton isn’t happy about not being able to use an old song that has worked so well.

When I was your age, Australia didn’t use dollars and cents. Like England, we had pounds (£), shillings (s) and pence (d).

An international group of classes are taking part in an online activity known as “Our World, Our Numbers”. One activity looked at the different currencies of each country. When the Australian class wrote of their money and compared it to others, I wrote a post for them showing the money I grew up with.

It is important for people to be aware of the need to give credit. I know two companies very strong on protecting their rights are Disney and Apple. For them and many others, what they create, whether as ideas, words, art, music or inventions, is the way they make money.

In my case I don't set out to make money from most things I do. My payment comes when I find people enjoy what I share or find it useful. Under most of my photos I add a message saying the photos can be used by schools and students. Sometimes, as in the family photo, I restrict permission to needing written approval to use them as I don't wish them used.

I'll share one more graphic on this post. On another of my blogs, I was writing a short, fictional 104 word story for a writing group. In it I wrote of a humpback whale named Solana. While they can be seen along our coast, I didn't have a decent photo of my own so I drew one using Photoshop. As it hasn't appeared on this blog, I thought I would share it with Battalion Hawk Bloggers... 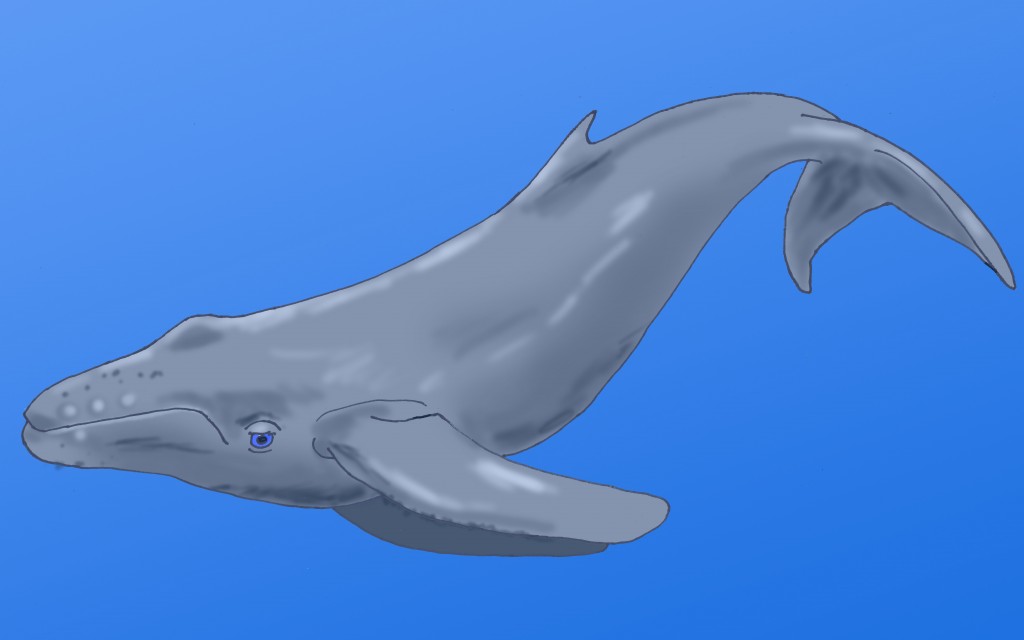