For the original post from Mrs. Yollis and class...

I may not have been born in the United States but I thank it for taking me in as one of its own when I needed to escape the persecution by the Nazis in Germany in 1933. Germany had been the place of my birth in 1879 but living as a member of the Jewish faith, although I wasn’t particularly religious, was enough for my ideas to be condemned by the Nazis.

I must admit my early life was less than inspiring. I didn’t start speaking until I had turned two but even then I had a curious mind. When I was four my father gave me a compass. As I saw the needle always point north, I wondered why this would be so. This was perhaps what started my interest in mathematics and science.

Perhaps two of my most remembered works were my Theory of Special Relativity and my equation...

Have you noticed when you’re inside your cars on a freeway nothing inside appears to be moving yet the scenery outside the car is speeding by?

My journey in mathematics and science started when I was quite young. Will any of you take up the challenge? 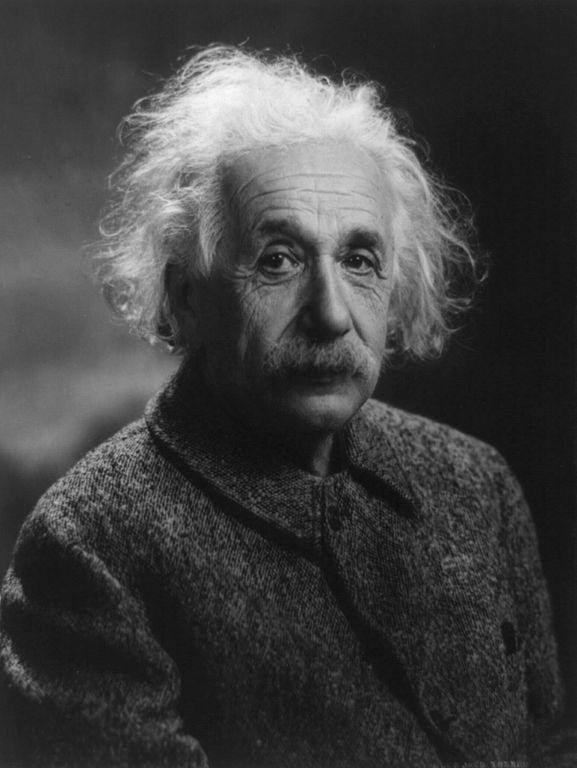 This image is in the public domain and was sourced through Wikimedia Commons.