I never really think about how long a post will take to write. Sometimes I start with a short comment on a blog then realise I need to add more than a simple comment. For the post on adaptation, the writing didn't take too long and all photos except the last picture are ones from my personal photo library taken over many years. What normally takes most time is researching what I write. I try to check the information I remember and can also find new interesting information. My posts help me learn more.

In the adaptation post, one of the bigger learning points is on convergent evolution. Scientists know simply because animals or plants have parts looking similar, it doesn't mean they are closely connected to each other. It just means they have developed something similar to do the same sought of tasks.

Bats and birds both fly but bats are mammals like us and are not birds yet both have wings but bats have hair and birds have feathers. Humans and gorillas are much more closely related. We are part of a group known as hominidae (or great apes) including chimpanzees, gorillas, and orang-utans.

I also love animals (and enjoy knowing about plants, rocks, space, and so many other things). My university degree is in science and included studies such as animal physiology (how living things work) as well as animal behaviour and even psychology so I could better understand people as a teacher. There is so much of interest for us if we only take the time to find it.

Ben and Jerry? It sounds like the American ice cream company. 🙂 They're cute names for the possums that visit your yard.

I find all animals interesting, even snakes and other reptiles, insects and other invertebrates (animals without backbones) and microscopic life. I do have a respect for more dangerous animals because we need to be safe but that doesn't stop me being interested.

About your animals of interest... 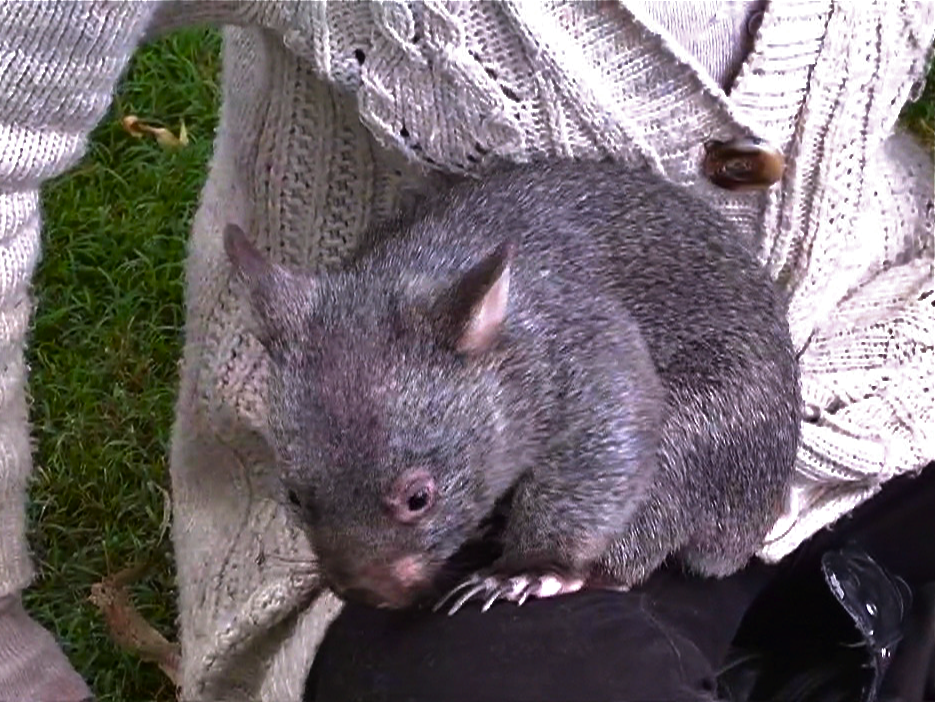 This young wombat is Bert. He was orphaned when he lost his mother. Volunteers at Potoroo Palace look after injured and orphaned native animals.

Here is a video clip I loaded in 2013 so you can see Bert, a wombat joey, exploring visitors to  Potoroo Palace.

I can give you some Wikipedia links if you want to learn more about animals you mentioned...

The old family farm use to have pigs and I see wombats and wombat holes around my town when hiking but I've only seen sloths, pandas and flamingos in zoos.

Keep learning. There is so much out there to know.