Global Grade 3 asked how the nose was made on a smiling face used in a post on dots...

Since the mid 1980s, I’ve been using graphics on computers to help me when creating worksheets or other things. While I do use graphics created by others at times, some having been in my graphics collection for over 20 years, I am trying to create unique graphics in all my latest extended comments. This is so students will be able to use them without fear of having a copyright owner chase them. The smiling face has become an icon in modern communication and appears in many forms all based around a simple pattern.

My smiley version was created using Photoshop. I used circles, the only exception being the curved marks at the end of the smile. They were added using a graphics tablet and stylus pen although I could have added them using the mouse.

When you create shapes in Photoshop, they are added in layers. Think of layers like in an onion. Each layer can be a different part of a picture. This allows us to work on just one layer at a time without changing the others. The nose is really a copy of the mouth layer. Once copied, I compressed the smile from the side (made narrower) until it was the width you see. Next, I compressed the smile vertically (made less tall) until I was happy with the shape of the nose.

The mouth itself was really a copy of the two circles I used to make the face and the eyes were copies of the black circle used for the face. I adjusted the sizes and erased the unwanted parts of the circles.

It does seem a little tricky but I having been doing things like this for a very long time now. Here is a series of pictures showing the face take shape. There are other ways of doing this but these steps show you how I made the face.

The first layer was a black circle. 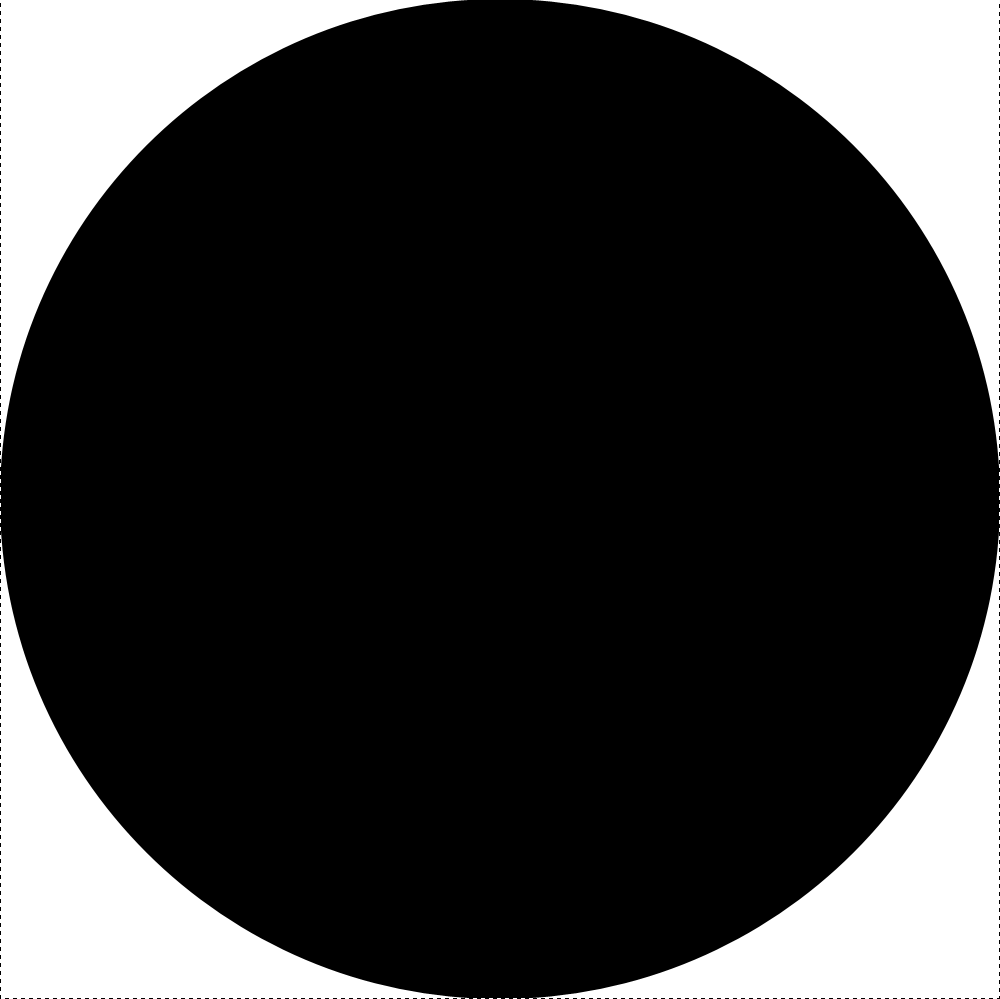 I copied the black, pasted it on as a new layer, made it a little smaller and turned it yellow to give yellow face a black border a black border. 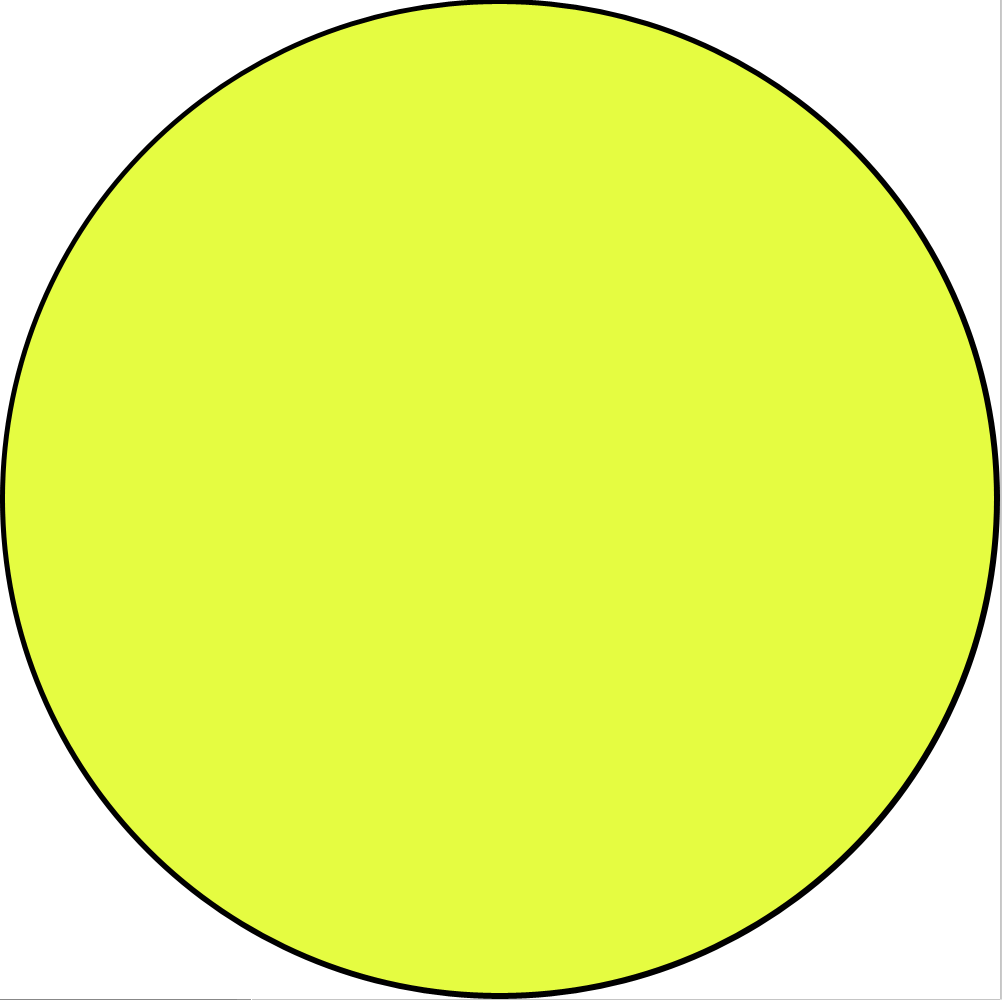 Next, I copied the two face circles and made them smaller. The yellow circle was made a little smaller again to make the mouth look a little larger than the face outline. I then merged (joined together) the two smile circles and erased the unwanted part so just a smile remained on the face. 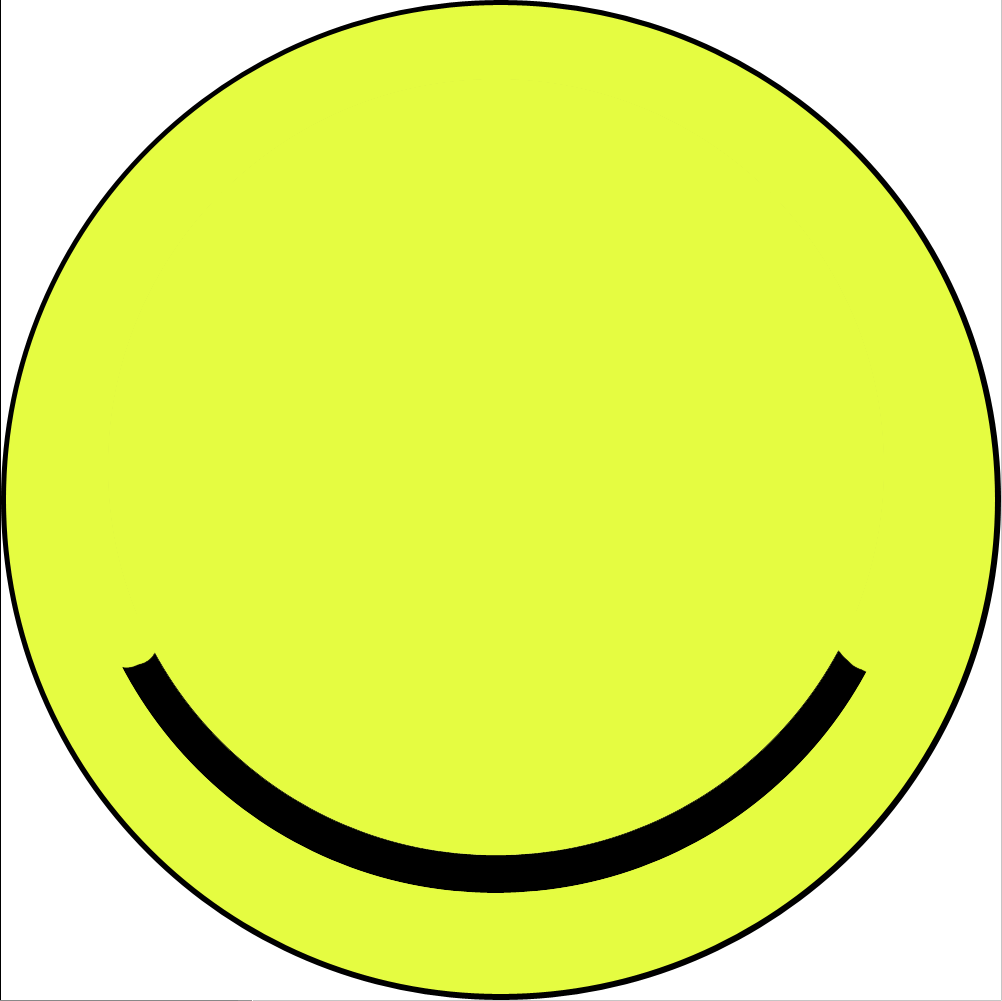 This is when I used the graphics tablet to add the small curves at the two ends of the smile. You can do this using a mouse. 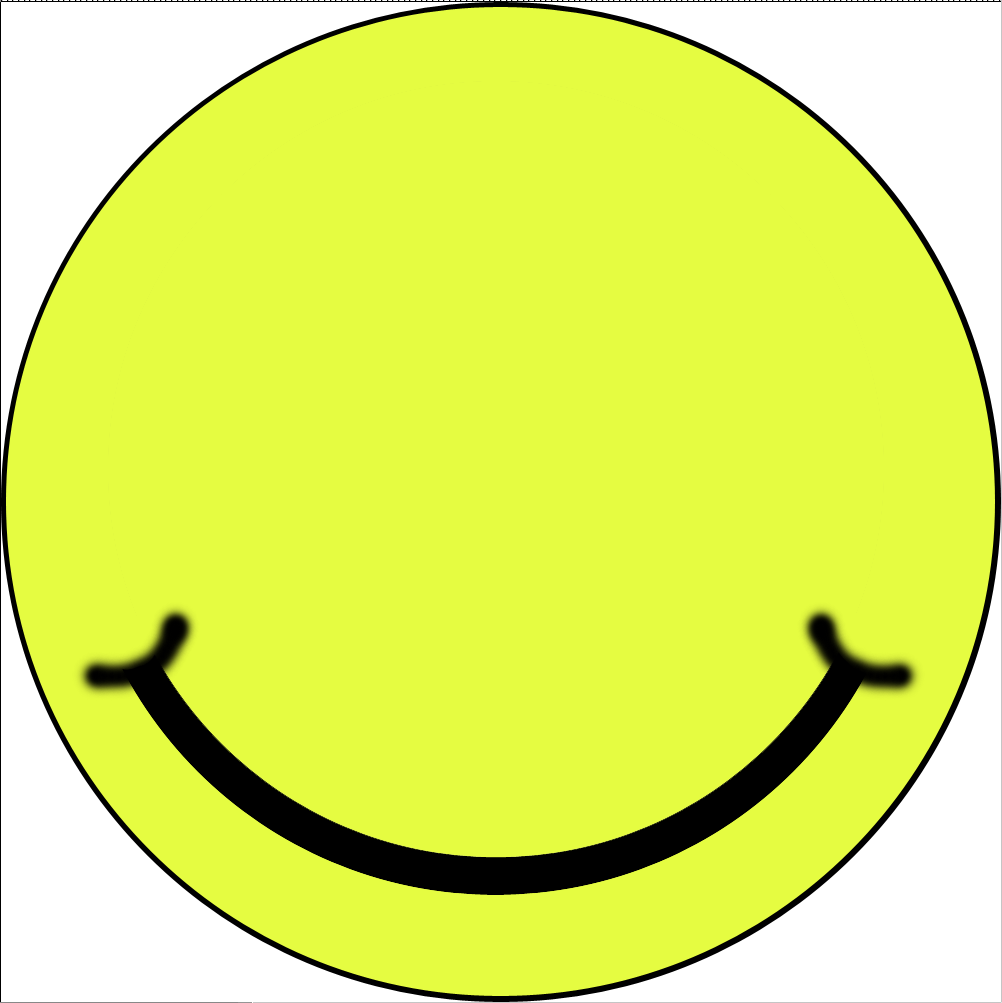 I then copied the smile layer and pasted it on. Using a tool called Skew, I was able to compress the copied smile laterally and vertically (I made the copied smile thinner and shorter) until the nose was the shape I wanted and was in place. 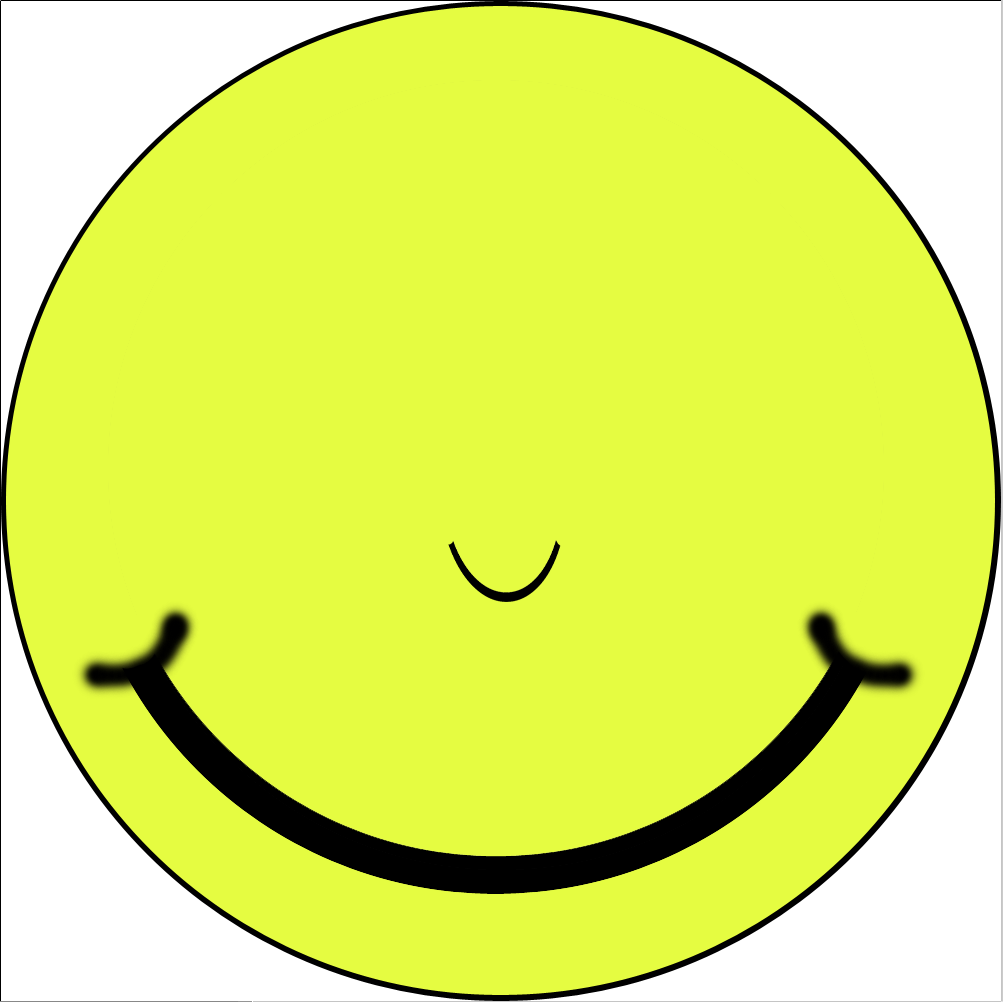 Finally, I copied the main face’s black circle and reduced it in size to make an eye. This only left me needing to copy the eye then place the two eyes in position. 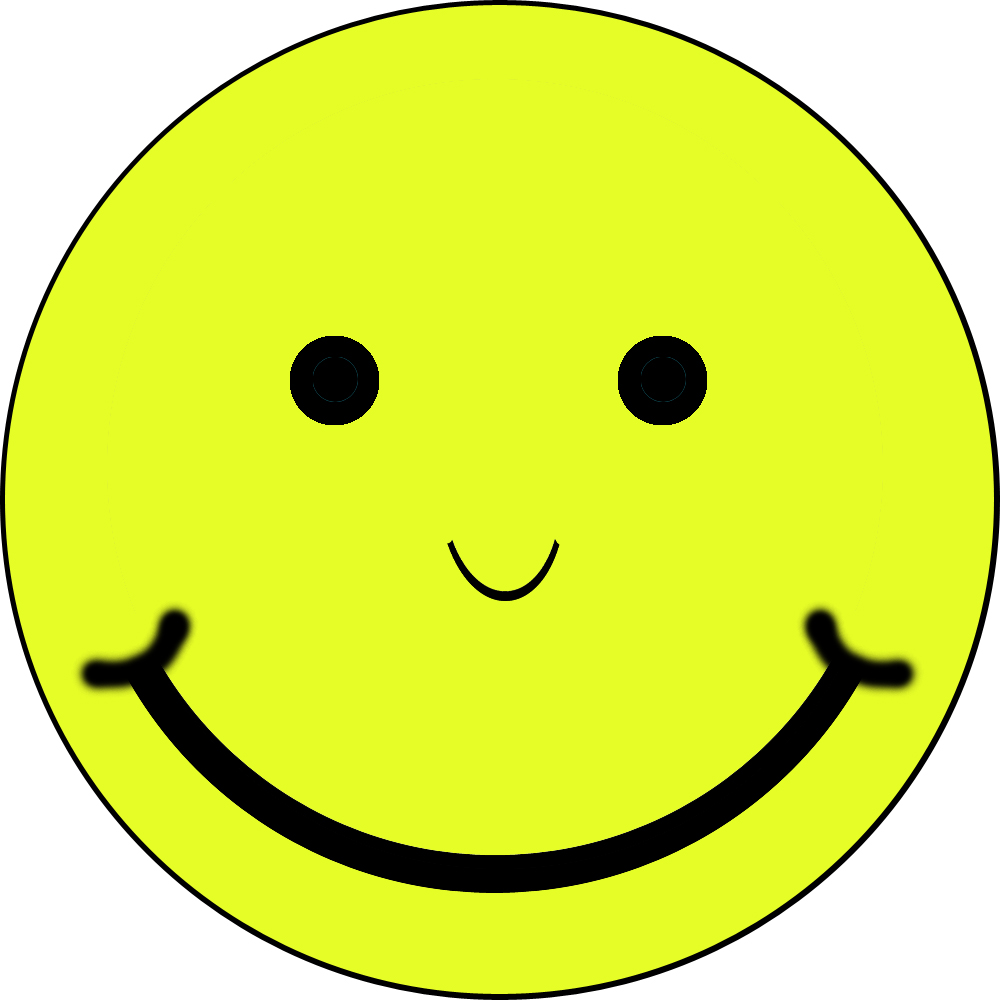