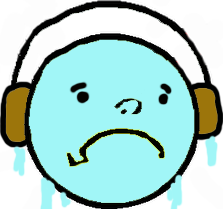 In the Southern Hemisphere, winter has begun.

The first day of winter is the Winter Solstice.   During the summer time, I see the sun rise to the approximate east of my house yet, now it’s winter, the sun rises to the north-east and sets to the north-west. Days are now at their shortest. For us, we now have the longest nights.

Have you ever wondered what happens to day length at the equator?

They also have equinox and solstice but day length doesn’t change quite as much as us.

…and at the North Pole and South Pole?

The Summer Solstice at the poles is one of 24 hours of daylight. The sun doesn’t set.

The Winter Solstice at the poles is one of 24 hours of night. The sun never rises.

Between the two, 24 hour night slowly gives way to sunrise. The day starts to grow in length. Eventually, the sun doesn’t set and can be seen in the sky all day. From there, eventually the sun does set for a short time before rising. Slowly nights become longer and the cycle starts again.

Some time ago, I prepared a post for a US student discussing the seasons. Here is a link…

Our world is an amazing place. We orbit the sun at a slight tilt allowing us to have seasons. Earth lies in the Cinderella Zone around our sun where it’s not too hot an not too cold for life to exist. It’s a pretty good place to be, especially in summer. 🙂