Another week of art and sound… what a wonderful combination.  I just had to comment once again.

Do you like the piece of art?  Why/Why not?

The title itself brings thoughts of the sound you might hear if on the plains of Africa. The sounds of the animals, the wispy presence of Kilimanjaro in the background of musical sky, and the whisper of a breeze through the leaves of trees and across the grass adds to the natural symphony.

With the antelope lyre, tuba-headed elephants and what looks like French horn plants in the foreground, the artist, in my opinion, is trying to share the sounds he sees in his mind as he paints.

One unusual feature I noticed was the tube-headed elephants. If elephants are said to trumpet, are they the correct choice? The picture shows the elephants tube not trumpet. To be fair, a trumpet wouldn’t give the same atmosphere of strength and size as the tube.

What is different or special about this piece of art?

As already noted, I think the artist is trying to share the sounds he hears in his mind as he paints the African scene. What better way than to represent the sounds by instruments?

What message or meaning do you think the artist is trying to give?

Nature is a symphony of sights and sounds. We only have to open our eyes, ears and minds.

Look carefully at the image- can you spot anything you don't think other people will have spotted?

Not only do the plants in some cases appear to be French horns. They often end in bells and there are also cymbals.

The birds appear to be without instruments.

The elephants appear to have bells at the end of their tails.

If you were to describe this piece of art in 3 words what would they be?

If art is the expression of what is beautiful or fascinating to the artist, how could this not be art?

How are the pieces the same? How are they different?

William Orbit seems to have written a variation of Saint-Saëns “Aquarium” although Orbit’s version is stronger and less mystical than the Saint-Saëns original.

Saint-Saëns’s “Aquarium” has been used in a few films. Here are two you might know…

Because of the memories it brings to mind, I prefer the original Saint-Saëns version. I like its light, mystical approach.

How does each piece make you feel when you listen to them?

Saint-Saëns – I recall memories of the films I’ve mentioned. I am an avid cinema goer.

Orbit – With it’s greater strength, it made me feel the aquarium is much more active and perhaps even threatening as larger fish pass the smaller hidden fish.

Why do you think William Orbit made his version (the second one) sound like it does?

Perhaps he had a wish to share with the listener a larger aquarium than Saint-Saëns had in mind.

Do you think the original composer (writer of the music) would like William Orbit's version?

I think, perhaps, Saint-Saëns would have been happier with his original version. As the piece was part of the “Carnival of Animals” he may have felt the strength was too much had he used Orbit’s version.

Thanks for sharing another week of art and music. 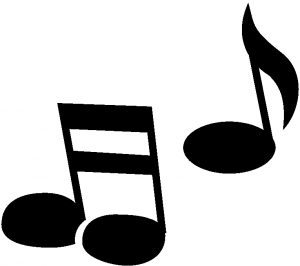