What was Christmas like for me when I was growing up in 1950s and 1960s Australia?

When I was born, there was no television in Australia. That would come along in 1956. Computers were things of science fiction or huge machines kept by universities. The Internet was unknown but we did have radio. There were no freeways, tollways, motorways or high-speed lanes for cars. Steam trains still normally hauled trains in the country. In our street, we had the only telephone so neighbours would call in to make phone calls.

At times, others would join us and the old family home would be so full the older children would sleep on the covered veranda of the house. I have memories of some summer storms when driving rain would beat down on the tin roof so hard we would have to yell to be heard. With so many cousins, uncles and aunties in my grandparent’s home, there would be little privacy. The cooking would be done on a wood fired stove but at least my father had been able to convince my grandparents to allow him to install electric lighting. I was in my late teens before my grandmother would allow an electric stove.

When bath time came, we could spare only a small amount of water in the tub as the farm only had rainwater tanks. To have hot water, we would have to put wood in a small heater and light a fire. Going to the toilet meant a walk 100m from the house to an old tin toilet. This would be okay in the day but at night it could be a little creepy walking across a paddock with a small torch, shining the light and seeing the eyes of cows reflect the dim light.

On Christmas Day, my grandmother would be up early preparing food. Milking started at three in the morning and her boys would need to be fed breakfast before she could start the traditional family Christmas lunch. As dawn came, other adults would join her in helping to prepare for the lunch.

Christmas lunch was our big celebration. We would all put on the paper hats from the Christmas crackers we would have. Children would be around one table and adults another. There would be more food than any of us were use to seeing in one place.

To start, grandmother would say a simple prayer of thanks. This wasn’t something she insisted on at normal meals but Christmas was special to the family. There would be much laughter and fun. Sometimes one of the children would have too much to eat and feel sick but it was still fun.

When the meal was over and the cleaning up done, the adults would sit in the shade and enjoy the company of family. All of the children would be too keen to play and would have the fun to spend our energy, much to the annoyance of the cows at times. We would never test the patience of the one bull in its paddock.

In the evening, the meal would be light. Bed would come early for the children as the energy spent on the day wore us down.

The next day, Boxing Day, was the second day of our family Christmas tradition. With lunches packed, we would be driven to Bega River. My grandmother would select the place and we would set up under the shade of a willow. This was a much lighter day where we could have food left over from the previous day and sit and talk or play a game of cricket.

For us children, it meant fun in the river. It wasn’t deep and there were few pools where water would even reach waist deep so parents were confident of our safety so swimmers on, we would spend much of the time splashing around having fun. This would be broken when our grandmother would throw lollies to us in the water.

Much time has passed since then. The drive would now only take a little over five and a half hours, much of the way on well-made roads and highways. There is satellite television, computers, internet, iPods, blogs and many other technical advances meaning I might like to go back and visit the times of my childhood but I wouldn’t want to live there.

So what happened this Christmas?

My grandmothers and grandfathers have long gone, as has my father. Such is life as time goes on. My mother is still alive and is 81. She now calls in her family. Christmas 2011, my mother, one of my two brothers and two nieces were here for Christmas lunch. There was more than enough food for those gathered.

The cousins I grew up with are now grandparents themselves and have probably had gatherings like those when we were all young.  For our family, Christmas time is still a time of sharing.

Boxing Day, 2011, has nearly ended. We gathered on the farm this evening, called in by one of my cousins, now the only one in the family still dairy farming. Friends, cousins and an aunty were there with us. The faces are older but it was still a time of sharing 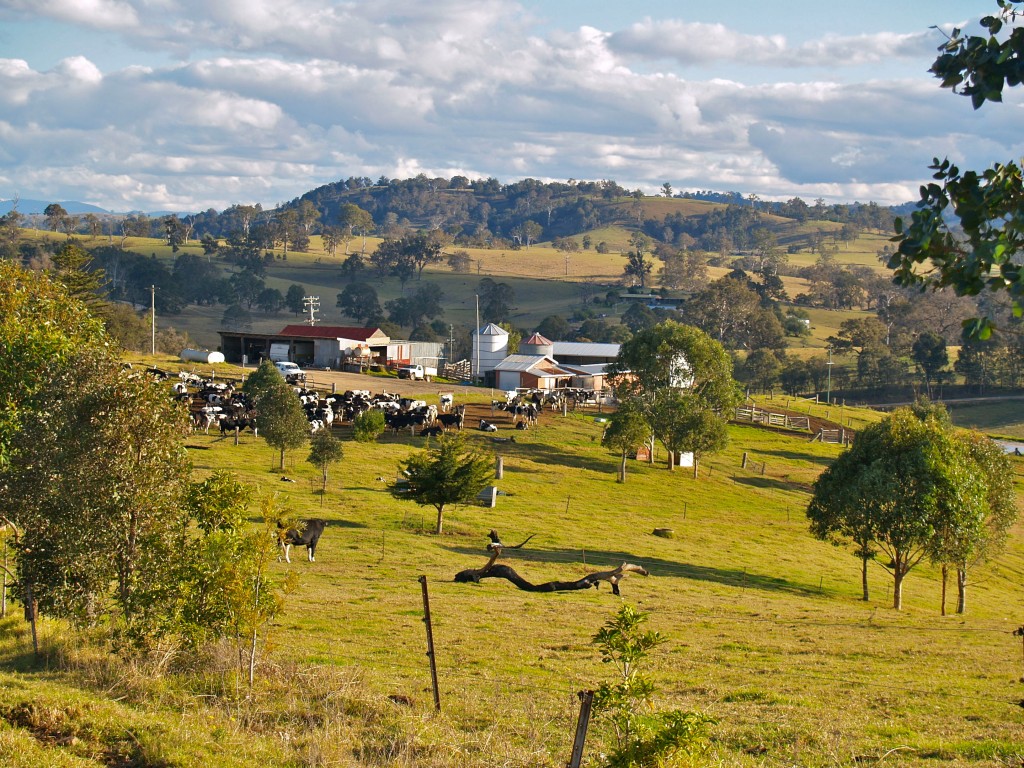