Bike Education is such an important subject. A number of times I had run classes at school or attended a police run bike education centre with my classes. While I tend to walk much more than ride now, I once regularly rode my bike to school. I even had a milk crate on my bike rack so I could carry a computer to and from school in the days when the school only had one computer for all classes to share.

I think the rules you have stated are very important…

1. You can ride on the footpath until you are 12 years old.

2. Ring your bike bell when approaching other riders or walkers.

3. Always ride on the left hand side of the road.

1.  As I am just a little over 12 (oh, wow, in 2014 I’ll be five times that age), I always ride along the roadside or along bicycle paths in our area. As an adult, I am expected to know the road rules and abide by them. This includes obeying signs, stopping for pedestrians and using hand signals to show drivers behind what I am doing.

2.  It is not only safer, it is courteous to ring your bell when coming up behind other walkers or riders. When startled by a bike suddenly appearing from behind, the person might step in front of the bike.

3.  As I have to obey the road rules when riding, I always keep left and don’t ride between cars when they are stopped at traffic lights. If you asked your blogging friends from the US you’d find they learn to keep right as they ride on the other side of the road as does European but not British countries.

4.  When I sometimes see what some riders wear when training for cycling, they can be very bright in their special cycling clothes. I have never worn that sort of bright clothing as that might be too much of a shock for people I pass. 🙂 I do wear light coloured clothing and, if I have to walk along the roadside with my bike, I have a safety vest.

5.  Even before it was compulsory to wear helmets when riding, I did because I knew how important it was to protect our heads from harm. I have come off my bike at times and found the ground hard. Luckily I was never badly hurt. 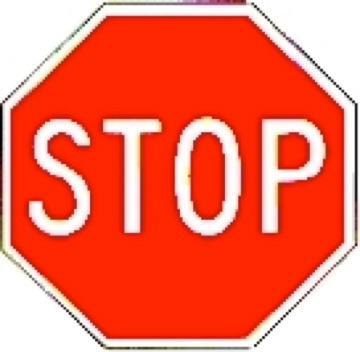 My longest ride was quite a few years back when I caught a train from Sydney to Nowra in NSW then started riding my bicycle. On that trip, I had my tent and spare clothing, tyre repair kit and tools, drink and food in a backpack. My trip lasted five days as I rode nearly 300km. It was a wonderful experience but I always had to be very careful when riding along roads. I wasn’t in a hurry, it was something I wanted to experience. I would no longer try such a trip but I have memories of the people I met and talked to along the way

What is a road rule that you know?

I hold three levels of driver’s licences for motorcycle, car and truck. I tried to apply all of the road rules when I rode my bikes. I am not happy when I see some cyclists cross pedestrian crossings when the lights are red for traffic or ride along footpaths when they are adults. It is not only dangerous, it gives good cyclists a bad name. One rule I never had to worry about when cycling was keep under the speed limit. My riding is more leisurely so my speed was never too high.

And now for something completely different...

In my collection of graphics gathered over many years I found one that made me wonder, if bicycles had been invented in the time of knights on horses, might a poorer knight have had to use a bicycle? 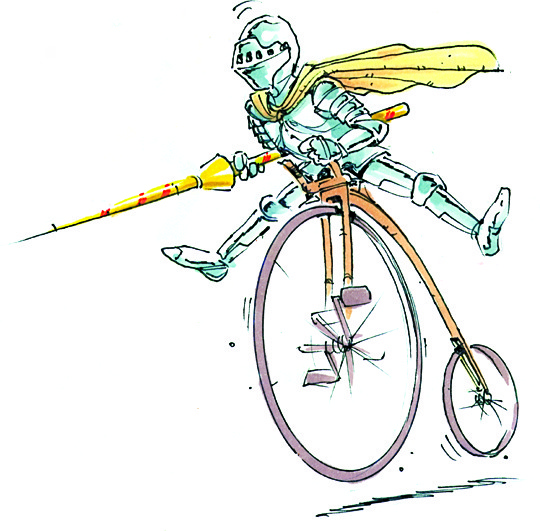 A couple cycling pictures for you...

Did you know some of the first bikes didn't have pedals?

People would sit on the seat and run along. Eventually people did think of pedals but early bikes didn't have chains and gears. The front wheel was very large and the rear small. The cyclists would push the bike to get it going, step up on a small step on the bike then up to the seat. They had to have a big front wheel so people's legs were able to pedal the bikes. These bikes were called penny farthing bikes. A penny was a big coin and a farthing was a small coin just as the penny farthing bikes had a big and small wheel.

Recently, my town celebrated it's 100th birthday as an official town. I saw some interesting bikes in the parade.

You can see a man riding a penny farthing bike. They boy is wheeling one they hope to restore. 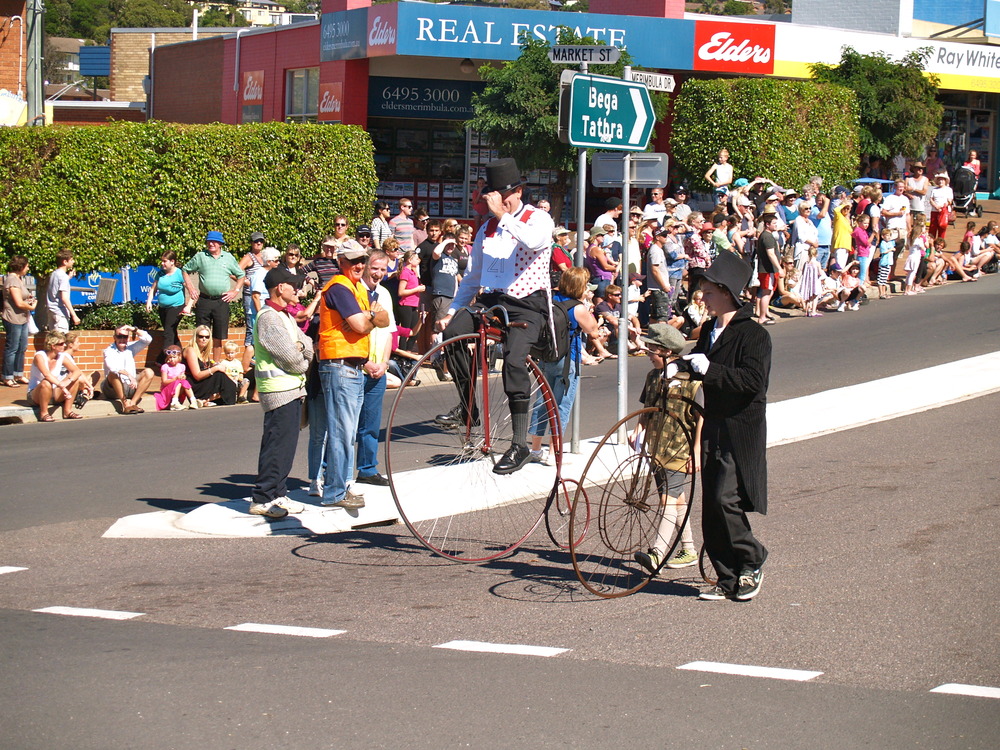 The couple is riding a tandem bike. They were once quite popular with couples who would cycle together. While I don't have a photo, I have seen a bike built for four people to ride.Bike riding can be a great deal of fun but it's also a responsibility. We need to keep our bikes in good conditions, obey the rules and be safe. 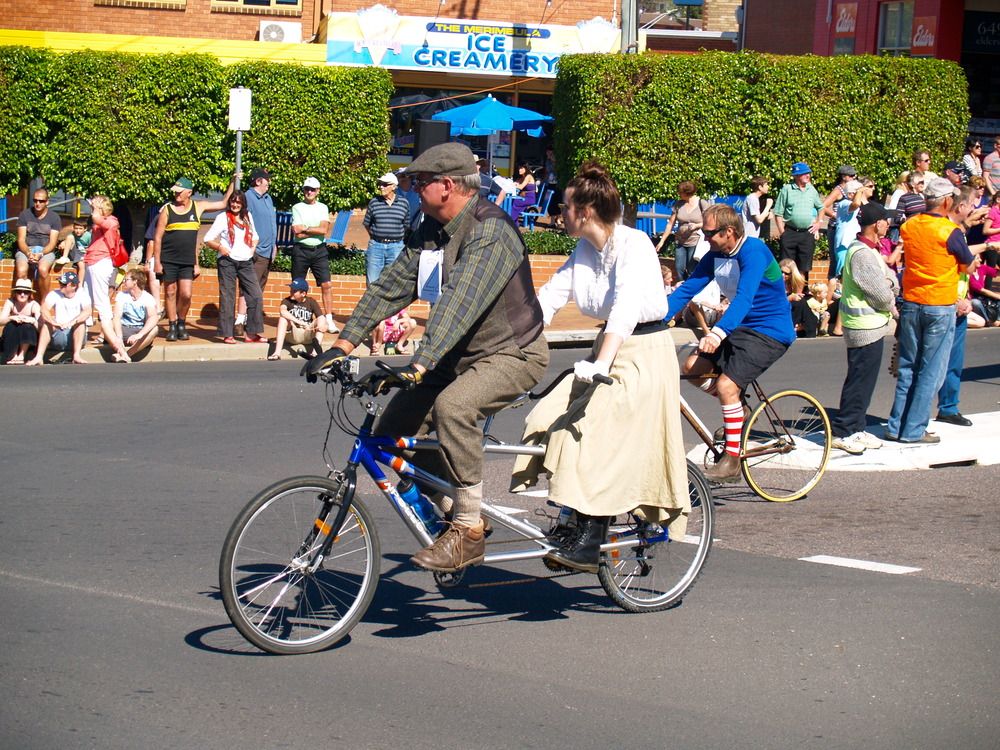 Have fun in Bike Education. I know I always did. 🙂